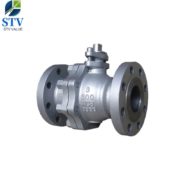 The pressure hard seal ball valve is under load. The higher the pressure, the larger the load and the more laborious the operation, that is, the greater the operating torque. Factors affecting the torque of the hard-sealed ball valve are the pressure (load), the friction of the moving pair, the packing friction of the bonnet stuffing box, the machining accuracy of the rotating parts, the degree of lubrication, the pre-tightening force of the threaded joint, and the valve stem. Deformation, because the frictional force of the partial area between the valve stem and the cover rises linearly, the operating torque will increase sharply, and even the valve stem can not move directly. If the pneumatic actuator and the electric actuator do not have measures to deal with the fault, it is easy to cause Pneumatic actuators and electric actuators are damaged.